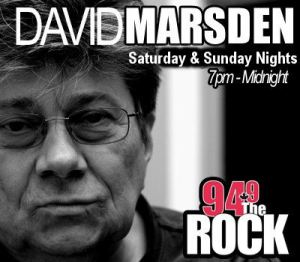 David Marsden on the Rock.FM every Saturday and Sunday night from 7 p.m. until midnight. Streaming live via the Internet. Join the fun and get some interesting (and always entertaining) information at the new forum on Marsden Global.

The complete list thanks to late night help from TheBarron:

For previous David Marsden lists starting from 2003, visit RalphD’s blog “Marsbar Theater.” Ralph is the creator and original caretaker of the lists.

(Note: This post is late in observance of Easter)

Known for its ability to successfully combine dance, techno, avant garde and dada-influenced performance art, the group Cabaret Voltaire, until fairly recently, remained one of the best kept secrets from my 80’s music store of knowledge. I started hearing them played on David Marsden’s show from 94.9 The Rock Thursday and Friday nights about a year ago. Since then, the group has definitely captured my attention.

Chris Watson. The name came from a nightclub in Zurich, Switzerland whose music heavily influenced the group. Although their earliest performances were dada-influenced performance art, Cabaret Voltaire later developed into one of the most prolific and important groups to blend pop with dance music, techno, dub house and experimental electronic music. (Wiki)

In 1978, Cabaret Voltaire signed to Rough Trade Records and released several critically acclaimed experimental singles and Eps, including Extended Play, “Nag Nag Nag” and “Three Mantras.” They also went on top release the albums The Voice of America in 1980, and Red Mecca in 1981.

In 1983, the band took a decidedly mainstream turn with the album The Crackdown coming in at #31 in the UK charts. In 1984, the Cabaret Voltaire unleashed the singles “Sensoria” and “James Brown” from the album Micro Phonies. Code debuted in 1987, followed by the house-influenced Groovy, Laidback & Nasty in 1990. The last Cabaret Voltaire release to feature Mallinder singing was the single, “Colours” in 1990. After that, a series of Cabaret Voltaire instrumental tracks were released in 1993 and 1994. 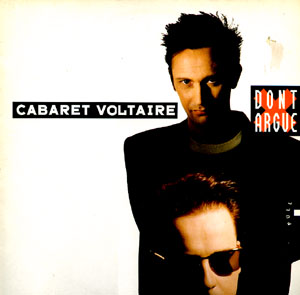