I have had the great pleasure of meeting Martin Eve through our mutual love of 8os electronica. I was searching for Fiat Lux’s “Photography” on YouTube, somehow Martin found out, and he ended up uploading a copy for my enjoyment. In getting to know Martin, I have found him to be charming, engaging, and an extremely talented electronic musician. Martin has graciously agreed to be interviewed for Rave and Roll, while waiting for the imminent release of his latest collection of music. Be sure to check his music out on SoundCloud, under the user name 4th Eden. I believe you’ll be very impressed. 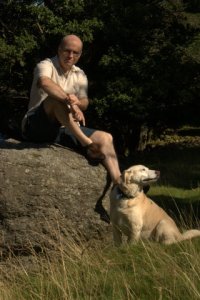 How long have you been a musician?

Well, I guess since my teens, as I studied music at school which was in the late 70’s. I really started writing in the early 80’s, the time of the electronic music explosion. So, I wrote music with my friends on our synthesizers.

What/who inspired you to become a musician?

I have to say my first music teacher inspired me to begin with when he played me Tomita’s – The Planet Suite. Ok, written by Holst, but all done with synthesizers…awesome. He also played in class a guy called Mike Oldfield. So, Tomita and Mike Oldfield are an unlikely inspiration together, but that’s how it began.

Tell us in what way that inspiration influences your music.

I try not to be influenced by music I listen to but it’s always going to be there in your subconscious. Inspiration however, is all around me, particularly where I live in Mid Wales. One moment I will write about the Welsh Hills and the next about a burial chamber. Real life and people inspire me, as well. I was recently inspired to write a piece about George Mallory (the man who almost made it to the top of Everest).

How would you describe the genre of music that you create?

I don’t stick to one genre, so I guess I genre-hop. With my influences from the 80’s with bands like Ultravox, there will be the electronic pop feel; but then I really like the folk/new age side. However, I do enjoy writing in a Cinematic dramatic way, where possible.

What current artist/group do you listen to most often?

At the moment it’s Ultravox – “Brilliant” the new album after 28 years away! But I also am listening to School of Seven Bells – “Ghostery” and Polica – “Give You the Ghost.”

Which decade of music do you feel is the most influential on current up-and-coming artists, and why?

The artists I listen too are influenced by many different decades of music. They then make it their own to make it sound bang up-to-date production techniques. 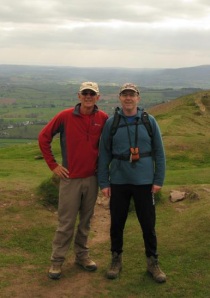 If you could spend your time doing anything at all, what and where would that be?

Hmmmm…. walk, live by the sea, and write music…as I say on my forums, “Composing Until I’m Decomposing.”

Do you prefer the studio or performing live? Why?

I’m a studio musician…the thought of performing scares the hell out of me.

What is the nicest compliment you’ve ever received?

I rarely get compliments!

What type of equipment do you use?

I use a variety of software based instruments and samplers with my Digital Audio Workstation, Sonar. These are all connected to my Korg MIDI keyboard. Favourite instruments are probably Omnisphere and Kontakt. Once a track is finished then my preferred location for publication is Soundcloud where fellow Soundcloud members can comment on my tracks.

I mainly work alone but recently I have been collaborating with a singer in Los Angeles, a musician in France and another musician in Sweden. It’s great collaborating; it pushes you further out of your comfort zone, but can be more time-consuming.

I generally find that my role will be mainly to write the songs and then produce them, but this depends on the other artist. If they want more involvement, then I’m happy for a role-reversal.

Where can we go to listen to/purchase your music?

You can listen to my music on my SoundCloud page at http://soundcloud.com/quietman. A new CD is imminent, but I cannot mention where it can be purchased from yet until it’s finally released by the record company. However, it will be available in our cafe’ (that’s the day job) at the ‘Wye Knot Stop’ Cafe/B&B in Llyswen in Wales.