My friend and sometimes-guest author Mark Ryan was lucky enough to attend two performances of Gary Numan’s latest Machine Music tour. Mark wanted to share his impressions with other Numanoids via Rave and Roll. I am honored to present his review here. (Photography by Karren Bailey and Vikki Churchill).

On May 22nd of this year, Gary Numan started another UK Tour. Those fortunate to see him live will never regret it. Those who have not seen him live are missing something special. In this short piece I am going to try and give you a small review of Gary Numan’s Machine Music tour. I saw him in 2 places (Sheffield & Birmingham) and will try to give an unbiased opinion of the live show, along with all of the plusses and minuses.

The Machine Music tour was billed as a singles tour with songs Numan had either never done live, or had only performed onstage once before.

The opening song was Berserker (Berserker, 1984) – I was really looking forward to this having heard it last in 1984. For the 2 shows I attended, the vocals were better if you stood in row 4 or 5; however, the guitar and female vocals were great.

This was followed by Metal (Pleasure Principle, 1979), a brilliant song that’s even better live. This made it seem as though the live show had finally started.

The Fall (Dead Song Rising, 2012) – This is a great song and Gary did the song proud. There are rumours that it’s written for an ex-band member. This was one of the crowd’s favourites with people jumping up and down during the chorus.

Bombers (1978) – This is an old Tubeway Army song that included a video of old airplanes as a backdrop. For this piece, Gary played 2nd guitar and made it seem as though he rejoiced at playing one of his old punk numbers. Also, there was great bass guitar.

Crazier (Hybrid, 2003) – This is one of my favourite Numan songs, and Gary really did the song justice. This song reached the Top 15 in 2003 and the crowd lapped the song up. Gary was truly great on this number. 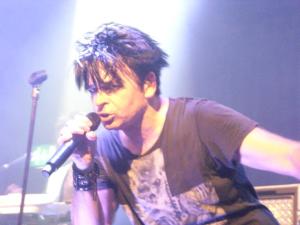 Call out the Dogs (The Fury, 1985) – First of all, I have no idea what this song is about, and I have not previously witnessed him sing this live. However, it was brilliant. The drums more or less took over this song especially at the bridge where it seems keyboards/ guitars are fighting for the drums in equal billing. This was the best song/performance so far, in my opinion.

Dominion Day (Sacrifice, 1994) – This was the turnaround song for Gary professionally and once again this was brilliant. I can actually remember hearing this song originally and thinking “wow”. Now, all I can think of is “brilliant”.

This Wreckage (Telekon, 1980) – I was surprised that Gary included this particular song as Telekon had some other awesome songs (Aircrash Bureau). That said, “This Wreckage” came across brilliant live, even the Japanese vocal (which Gary forgot to sing in the 1st part; however, he did seem lost in the moment).

Absolution (Exile, 1997) – This is from my favourite Numan album and written about people’s faith (although it has also been called a love song). This was excellent, although the background video put me off fully enjoying the song.

That’s Too Bad (1977) – This was Numan’s first release. To my knowledge he’s never done this live and it makes you wonder, why not? This was truly amazing with great guitars. I actually remember the words and there people around me who were also familiar with it. If you see any footage of this live, make sure you pay close attention. This was legendary

In a Dark Place (Jagged, 2006) – This was a brilliant song that featured some great keyboards, along with and the keyboard player on backing vocals. This can be included as one of his best songs in the show. 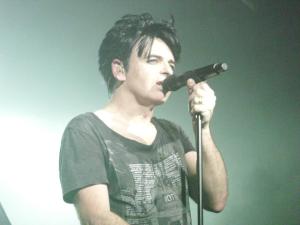 Down in the Park (Replicas, 1979) – This started of the whole Gary Numan craze for me. Once I heard this back in the day, I was hooked and still am. No matter how many times he performs this, I will never tire of it.

RIP (Pure, 2000) This was a perfect song. The band were on form at this time. Especially when the chorus approaches.

Love Needs No Disguise (1981) This has never EVER been done live by Gary before. So obviously I was looking forward to it, knowing it could possibly be the highlight to the show. Before the song he dedicated it to the Memory of Cedric Sharpley who was Gary’s previous drummer and who passed away 6 weeks ago from a heart attack. He then introduced Rrussell Bell (guitar) & Chris Payne (violin) who were in Gary’s backing band at the start of his career and are still loved by longtime, faithful fans. This seemed almost surreal. It absolutely delivered live as Gary sung it with so emotion. This was indeed the highlight of the show so far.

Warriors (Warriors, 1983) Although I love this song, it did not work for me. Good song and lovely guitar work; however, the original featured some electric slap bass and live it did not work or connect with me.

I Die You Die (1980) This is probably my favourite Numan song. Every time he does this live it makes the hairs stand up on my arms and this was no exception. Gary seemed to really enjoy this.

We are Glass (1980) This was released as a single and reached the Top 5. However, this song doesn’t sound right live, almost as though there is something missing. It’s almost anticlimactic. This actually left me disappointed.

This was the end of the live set but high chants of NUMANNNNNNNNNN echoed throughout the venue as we waited for an encore……………..and they did not disappoint.

Healing (2007) This is an Ade Fenton Song where Gary sung vocals and it got considerable airplay on some music stations. However, this did not fit in with the rest of the show and I wonder why this was included. There are so many other songs he could have played in this spot.

Cars (Pleasure Principle, 1979) This was the usual Cars performance but I wish he would not do it live. It’s a great song, but when you have heard it for the 100th time (?) live………nothing wrong with the performance, though. 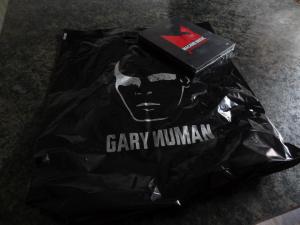 Are Friends Electric (Replicas, 1979) was the final song of the show. This is /was all things great. As a special treat he again invited Rrussell Bell (guitar) & Chris Payne (violin) onto the stage which surprised the audience. This was, without doubt, the highlight of the show. “Are ‘Friends’ Electric” was sung with effort and emotion, along with a backing band that raised their Game. This was a perfect ending to a great night’s entertainment.