Please do not copy any portion of this article without the express written consent of the original author. Requests for permission may be left in the form of a comment on https://raveandroll.wordpress.com.

I am very fortunate to know Karren on FaceBook. She has graciously agreed to share her history as a Numanoid. I am sure a lot of what Karren recalls will stimulate fond memories for many other fans. Enjoy the walk down memory lane!

Karren has this to say about her secret life as a Numanoid:

I have been a fan of Gary Numan since the very first time he appeared on “Top of The Pops” in 1979. I couldn’t believe what I was seeing or hearing. It was so different to anything I’d seen before. I was drawn to the way he was dressed, the expressions, the make-up, and the song was amazing, too—one of those unrepeatable moments in your life. Next day, the kids at school were talking about it, too. I reckon he’d surprised many a family in their front rooms that evening!

Numan’s music means everything to me. There is a Numan song for every mood, and I can’t imagine how it would have been without it!My fave Numan album changes ALL the time, from the early, right up to recent. In the early days, not having pocket money, I used to have to wait for my birthdays when my big brother used to buy them for me (always teasing that he went to another town to buy them incase he was recognised). 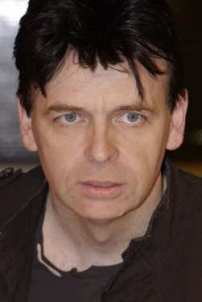 The Pleasure Principle and Telekon will always be special favourites, but I love Dance, Sacrifice and Pure, too.

It would be far easier to tell you the few Numan songs that I’m not keen on (“Bridge, What Bridge?”) GASP! than my favourites, but I do have a few that I go back to more often than others. “Are ‘Friends’ Electric?” will always be a BIG fave as I knew it would be that first time I heard it 31 years ago. I love all the versions he’s done of it since. “Aircrash Bureau” from the Telekon album always blows me away. It’s a modern day work of art. I especially love “The Seed of a Lie,” “Crash,” “My Breathing,” “Noise Noise,” “Here Am I,” “An Alien Cure,” “A Prayer for the Unborn,” “Voix,” “On Broadway,” “Magic,” and am currently smitten with “When the Sky Bleeds.”

An exciting Numan moment has to be when my big sister took me to see him live for the first time on the Warriors tour in 1983. The local radio station dropped him back at Victoria Halls in Hanley, after an interview, and the doors were locked, leaving him standing next to me on the step. I just stood there frozen. He didn’t look too impressed, himself. I’ve n

ever met up with/talked to Gary Numan and I don’t wait outside gigs to do this, as I’m scared it will spoil it. I keep him special.

I express my love for Gary Numan (much to my children’s distress) by dropping him into conversations as much as possible, wearing Gary Numan clothing and my “Gary Numan is God” badge. It’s amazing how many people have good and bad Numan memories to share. Even a driver delivering to my house shared that he was at the Wembley concert when he heard the music I was playing when I opened the door.

I can’t believe how many Numan friends I have found on Facebook, after being the “Only Numanoid in the Village” for years. I love hearing all their stories about naming their children after him and stuff, and how Gary Numan has been the soundtrack to their life too, despite much of the teasing that has always gone along with it.

“The Seed of a Lie” by Gary Numan via YouTube user defectedmodel:

“A Prayer for the Unborn” by Gary Numan via YouTube user leeleec79:

2 thoughts on “The Secret Life of Numanoids ~ Part Five”