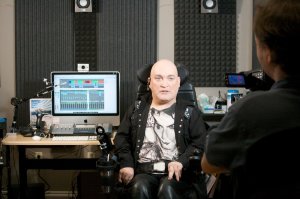 That sound you hear to the north is not the rumble of a summer afternoon thundershower. It’s not the roar of a fast-approaching tornado, nor a slow-moving, yet powerful hurricane. That whirlwind off in the distance is the sound of a dynamo going from the usual thousands of revolutions per second to about a million.

The dynamo has a name—Bobbi Style—and the source of his energy is Access 2.

I showcased this perpetual-motion musician last fall (check out the post here). The article discusses Bobbi’s dream of “Bob-friendly” disabled-accessible studios to accommodate all musicians comfortably, no matter their physical limitations. Since then, Bobbi has formed the Access 2 Foundation, sent out a call for help to a world-wide music community, and the responses have been overwhelming. He is closer to realizing a dream that will benefit countless of musicians who would otherwise be physically deterred from sharing their creativity.

Bobbi has asked people like me to get his vision out there, to see if there are folks who can help to make it happen. He has shared with me that to even get one studio up and running, along with all of the special considerations needed to make the equipment and the location itself handicapped-accessible, it costs a minimum of $30-60,000. But, being the driven and optimistic man that he is, he has not let that daunting proposition stop him. 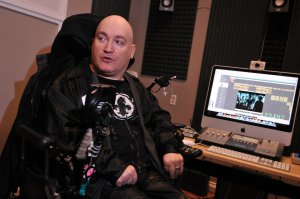 Already, he has completed work on a studio in Vancouver, British Columbia. There are further negotiations in process for studios in California, Nevada, Florida, and several in his native UK. He needs assistance to make these visions a reality. All he is asking for is a donation of time, talent, or treasure, whatever you feel comfortable with, to make his dream come true.

Time – Volunteers are needed to promote, advertise, and help with setting up the studios.

Talent – Bobbi plans release a compilation CD of songs that musicians have donated for the cause sometime this August. All proceeds will go to fund the foundation. Bobbi himself is busy writing and recording for this project. He reports:

“There are currently 38 bands/artists committed to the CD Synthetic Frequencies (it’s an industrial/EBM album). We’re now looking for more mainstream and multiple-genre artists/bands.”

Treasure – Items needed include: music equipment and accessories, instruments, memorabilia that can be auctioned, studio space, and cash.

Be sure to familiarize yourself with this amazing artist.