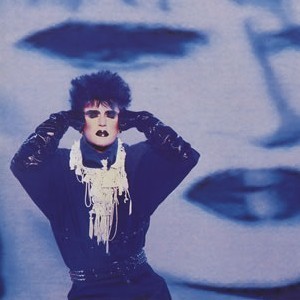 Great synthesizer music is like a strong opiate that soothes the weary soul. Many bands have tried to make synthesizers the hallmark of their sound, and have failed miserably. It’s too formulaic, too predictable, too bland, too much like elevator muzak. But those who are successfully able to blend synths with guitars, bass, drums, and more, have produced some of the most jarring and emotionally charged music to come out of the 80’s era. 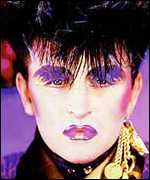 Visage is one such band. Founded in London in 1978, the original members were Steve Strange, Rusty Egan, and Midge Ure (Ultravox). Billie Currie (Ultravox), John McGeoch (Magazine, Armoury Show, and Siouxie &The Banshees), and Dave Formula (Magazine) joined Strange, Egan, and Ure in the studio to record the band’s self-titled first album. Their best-known single “Fade to Grey” preceded the album’s release. Followed by singles “Mind of a Toy” and “Visage,” the album proved to be a success. 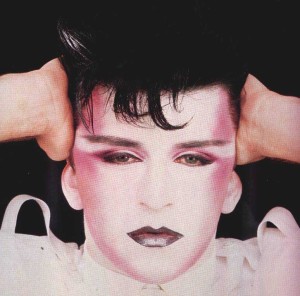 All of the musicians, except for McGeoch who was busy with his commitments to Siouxsie & The Banshees, returned to the studio to record a second album, The Anvil. This release charted in the UK top 10, with two singles, “The Damned Don’t Cry” and “Night Train” making it into the top 20.

Ure left the band citing creative differences and a demanding schedule with Ultravox. Bassist Steve Barnacle joined the band who subsequently released the standalone single “Pleasure Boys” in 1982. This single failed to break into the top 40.

The band didn’t regroup to release their third album until 1984. Beat Boy flopped, Billie Currie and Dave formula split, and the band tried taking their act to the road in an attempt to stay alive. In 1985, the surviving members called it quits. Visage eventually reformed in 2004 with Strange at the helm of a different line-up with a different sound. It’s a shame the original band did not live on in the 80’s to continue to fuel the era it helped to launch.